Scootin' Roots From A Fare

It was another hot day in mid September. I had convinced my brother to come over from the big city by the bay to do some exploring in the local high places. I had seen on the map a magical mountain peak smack dab in the center of the Kings River watershed where you could look out and see all the peaks and valleys which send their waters flowing down the Kings towards the old Tulare Lake Bed. Well.....most of them anyways. Not only did I want to give my brother a grand view of tall mountains instead of tall buildings, but I wanted to get a good lay of the land. Do some scouting of some routes and trails which I plan to travel in the future. Trails such as up and over Silliman Pass out of Lodgepole. Enter the Sugarloaf Valley out of Big Meadows. Travel Deadman's Canyon and the Roaring River valley. Over Glacier Ridge to Cloud Canyon.

So the first thing I noticed once we reached the top of Mitchell Peak at 10,000 feet and could see the passes and areas where those trails go, was that I would need to be in much better physical condition!

We spent a few hours playin' around on the peak and enjoyin' the views.

The Lower Kings River Valley. Gives you a good idea how the Sierras rise from the West. 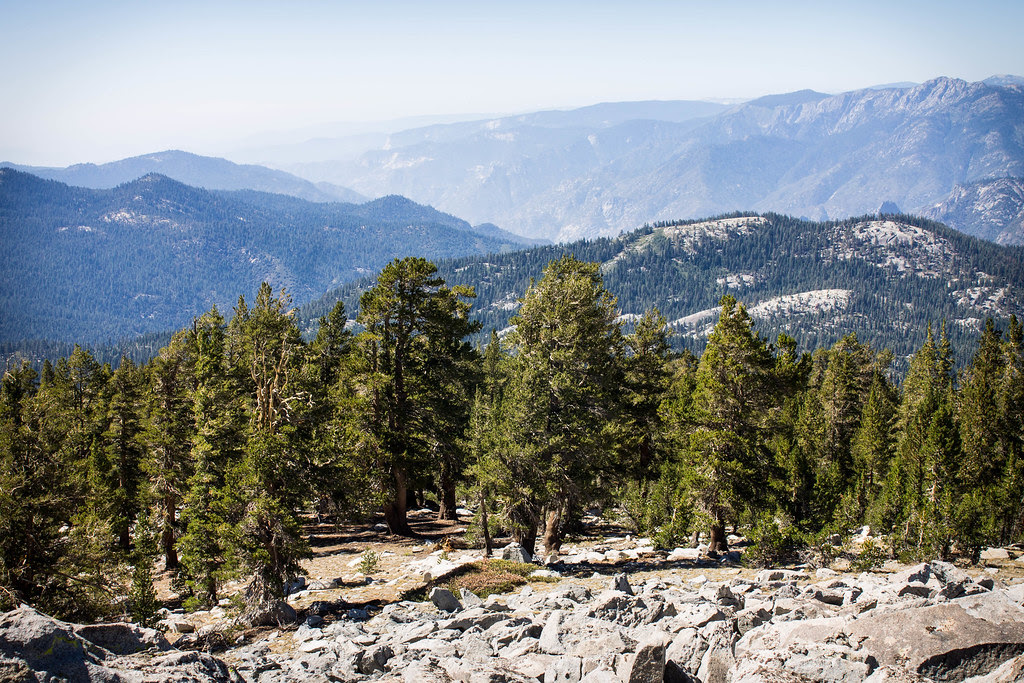 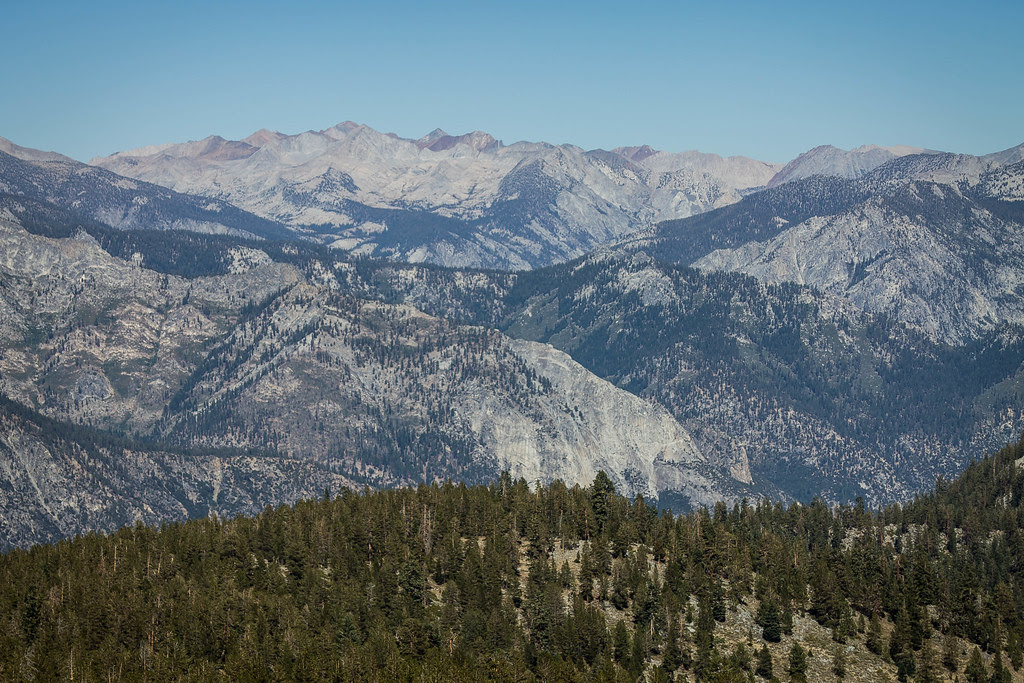 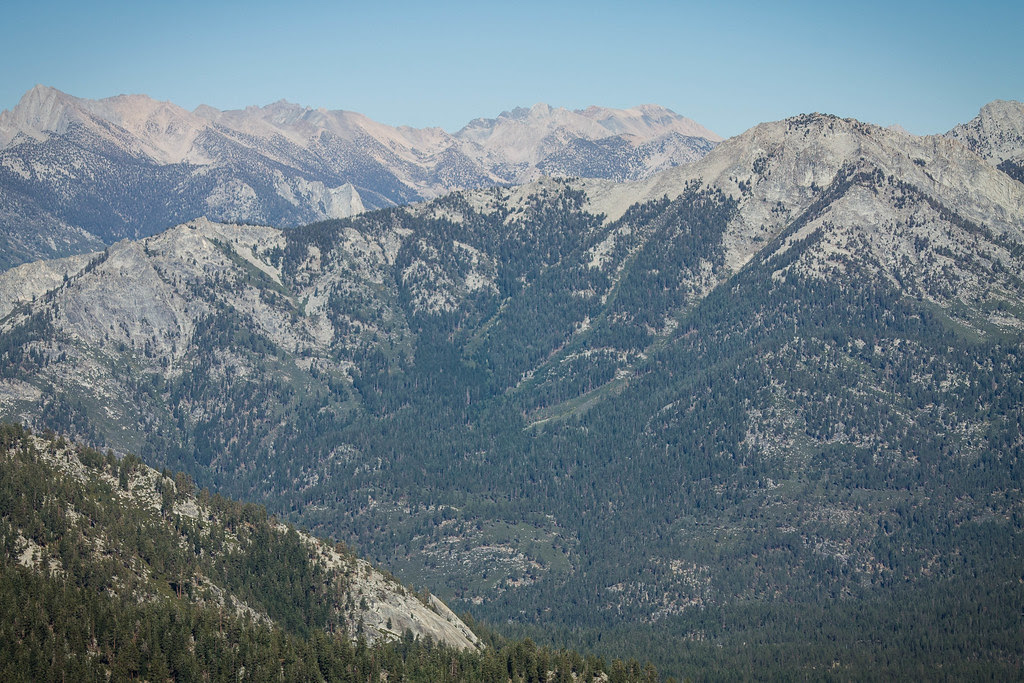 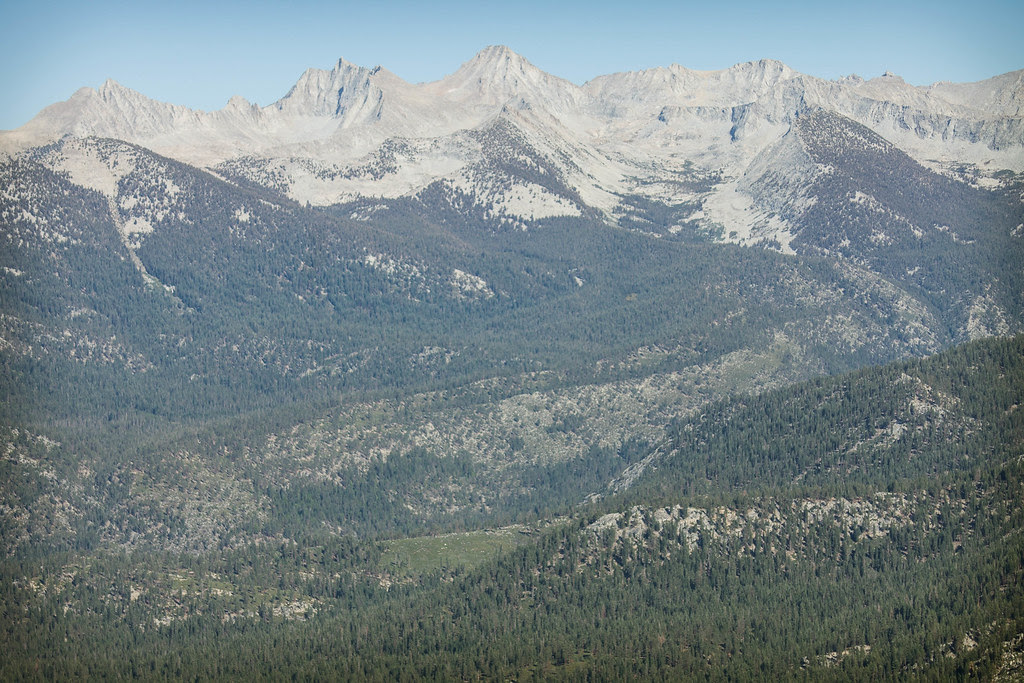 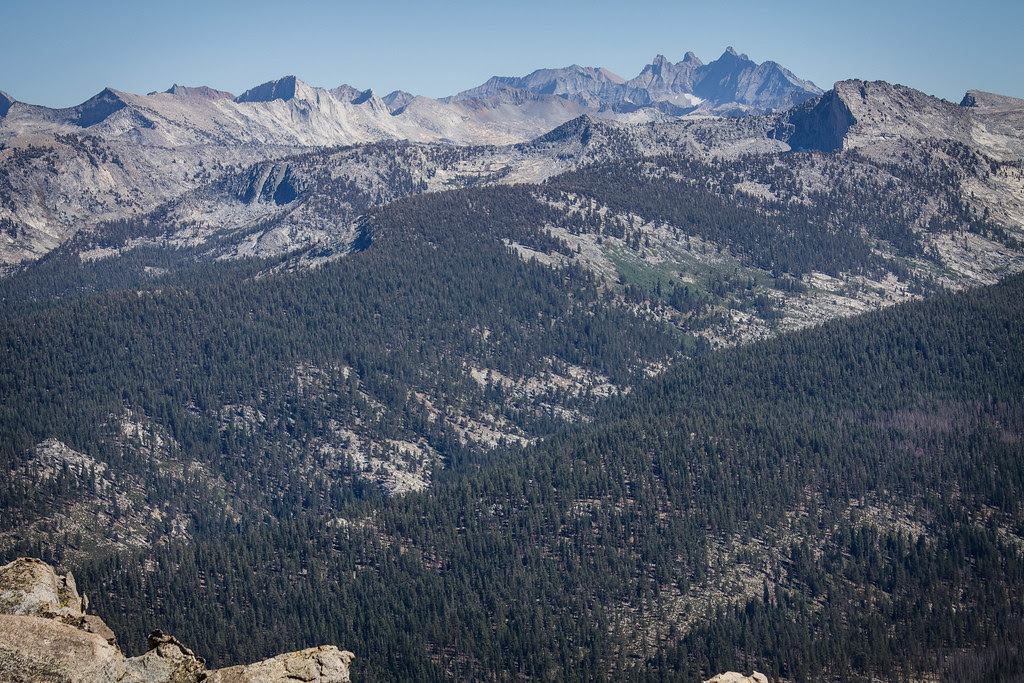 Black Kaweah and its glacier. 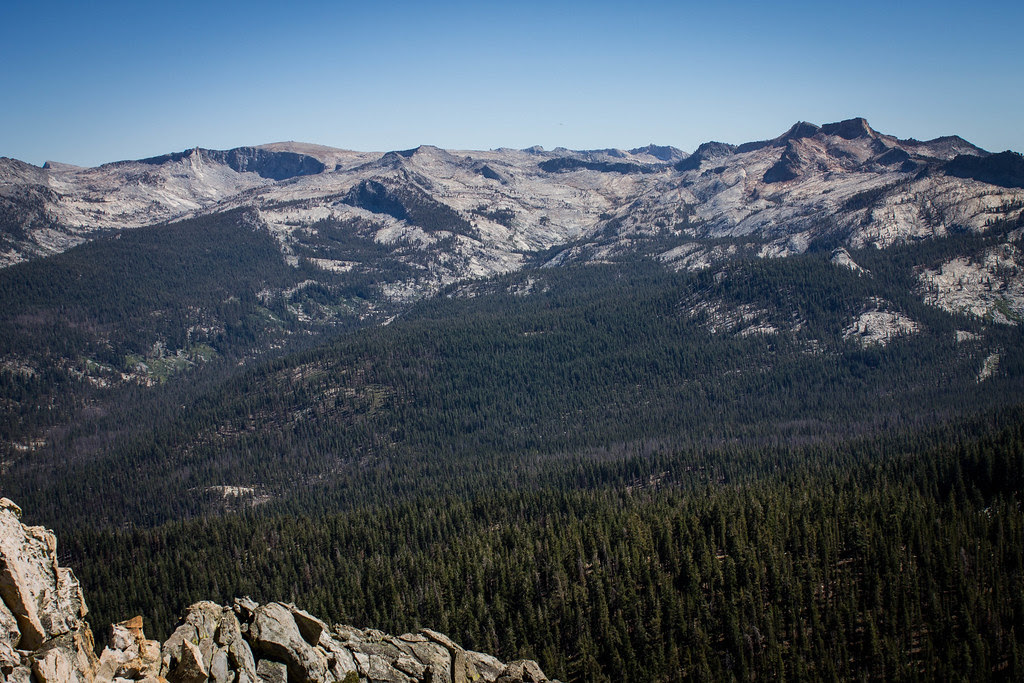 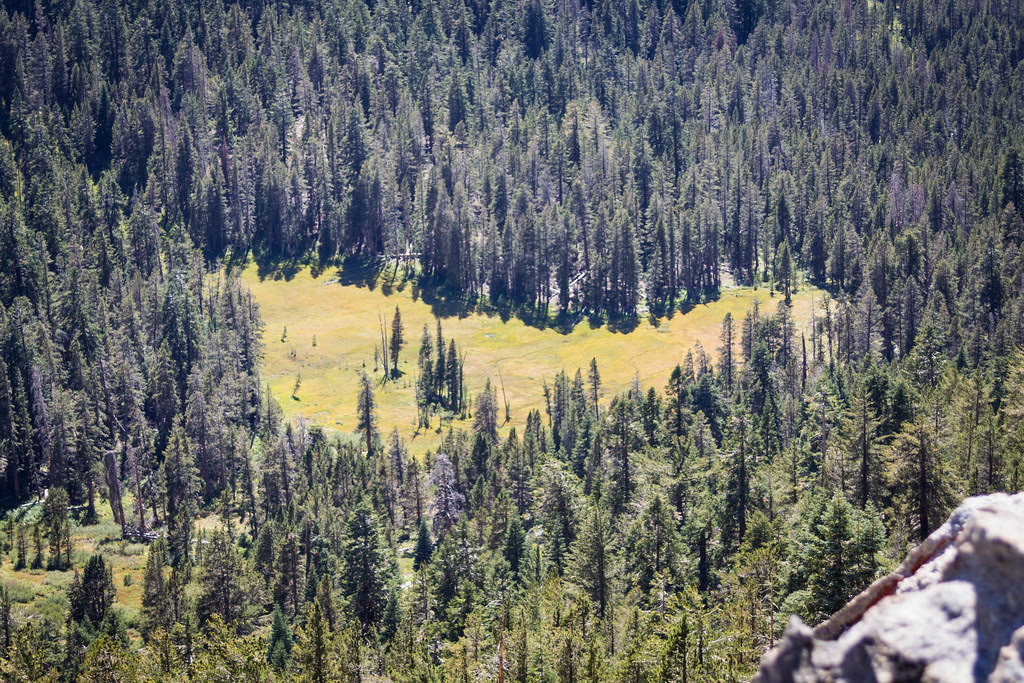 That's my bro on the right - good times. 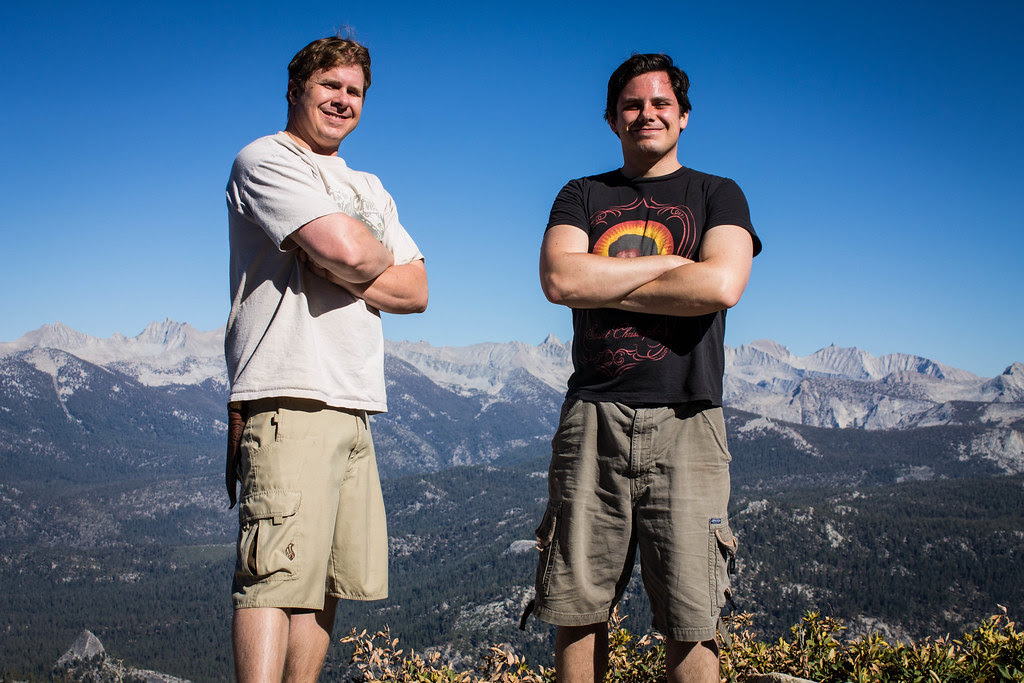